Business Travel for Mom vs Matt 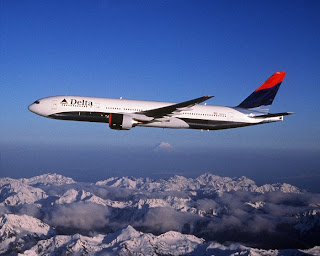 I've traveled a ton for business over the years and just today headed out to a trade convention in Chicago, Illinois for the next five days.

This reminded me of a argument I would have every trip with a coworker named Matt. I would argue with him that it was so much easier for HIM (aka Matt) to travel then it was for ME (aka mom) to travel! Here's how my argument typically went!

Now Matt only had to pack his own bag.  Of course with the laundered clothing his wife had gotten ready for him. Now for me, I had to do all the laundry...not just mine, but my entire family's laundry. I'm not even sure Matt had to pack his own bag, but as a mom I had to pack my bag and also make sure that my husbands uniforms were clean and outfits were set out for my kids for school (this was when the kids were younger of course). If not, my kids would convince their dad that shorts were perfectly fine in January.

As for food, Matt only needed to make sure he had his company credit card in his pocket and go. Now me, I had to make sure that all groceries were purchased for my hubby and children. Meals were planned out and somewhat prepared in advance, if not, kids would starve because my husband would either forget or claim there was nothing to make. For me, I never seemed to have a company credit card so hopefully I was able to budget the expenses of covering my own food purchases until I could get reimbursed (which didn't ever seem to work out). There were many a business trips that I went with very little money and hoped that someone in management bought my food (boy did I hate traveling poor).

Now Matt's schedule for his business trips was dictated by those planning the trip and often times his free time was unplanned and very little thought given to what his family's schedule would be while he was away. Not for me...I had to make sure that my entire travels were planned out (including Matt's)...but even more importantly, I had to make sure the schedule for my kids was well planned out and documented for my husband to follow. Carpool had to be planned, homework listed and after school arrangements made...and don't get me started on after school activities. Of course it's MUCH easier now that my kids are older and can fend for themselves and even nicer that it's summer.

But those conversations of the travel required for a MOM VS. a MATT were always interesting ones! Not sure Matt ever understood it or cared for that matter.

However, never did anyone appreciate the time working a convention more then me (aka MOM). Even with the occasional calls from home asking how to cook corn on the cob at 7:30pm or telling me someone didn't feel very good (yes, both things happened tonight), my time away is still very appreciated!!  Here's why, 1) I pretty much get complete control over the remote, 2) I do not have to shuttle teenagers anywhere for the next 5 days. 3) I get the bed ALL to myself, 4) Someone else cooks and cleans up my meals for me...this is a huge one. 5) I'm only responsible for me...somewhat! 6) And most importantly I do NOT have to clean up after anyone in my family for the next 5 days...just myself and I love it! I will miss them, but I will also have a lot of fun too!!

But don't get me wrong, I will be very happy to go back home by the end of the week!!

Ha Ha Ha!!!! I agree! It is the same all over the world!!!
Made me smile this morning.
http://myschnipselblog.blogspot.com

Lori you and I are so much alike my friend. Thanks for this post cause I thought I was the only one stressing about having enough money to eat this week! See you soon!

I love this post!! That is how it is no matter where you go wo what you do! Oh to live in a man's world... where there are always clean clothes, food to eat and kids that are there only to play with. Have a great time!! Can't wait to hear all about it!!