Me, My Daughter & The Lion King

I thought I'd share a quick post about how amazing going to see the Lion King Broadway Musical was the other night! We unexpectedly scored a couple of tickets from a friend. Thank heavens for Facebook, because he posted that he had two extra tickets and asked if anyone was interested!! I instantly replied that I was, without even checking to make sure how much the tickets were or if I could squeeze the money out of my budget. This would be an "impulse buy" if ever there was one!! 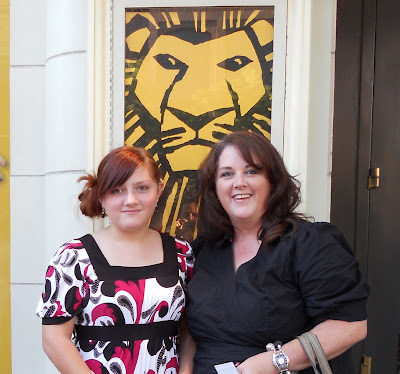 We were lucky enough to be the first person to reply to his Facebook post and was informed I scored myself two tickets to see Lion King in Salt Lake at Capital Theater less then a week later. I never even asked where the seats were located...mainly because I didn't care. I was so excited to get to go and emailed my broadway buddy Emily to see if she wanted the other ticket. But then I told my daughter about it and she looked CRUSHED that I didn't think to take her. Well, honestly I did think to take her the instant I hit SEND on my reply on Facebook. But I figured it would be easier to budget one ticket on short notice then 2 tickets. But she assured me that she'd work off her cost of the ticket and asked me with big puppy dog eyes if she could PLEASE go with me. I caved and had to email my Broadway Buddy back and uninvited her (she was cool with that). 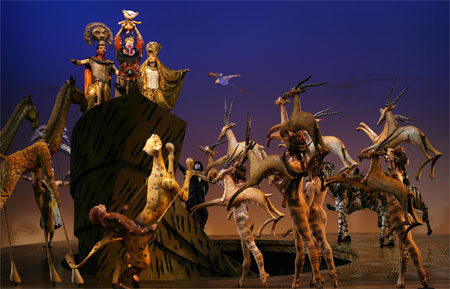 Now many of you know when you score such awesome event tickets that you can't get by with only attending the performance and that was it. The night would surely include a dinner and souvenir, which it did! We had to have a t-shirt to "prove" that we were there but settled on one for my daughter. 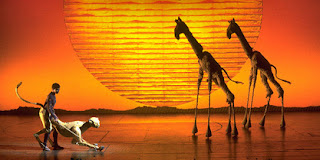 Do you know what my most favorite part of the entire the entire "me, my daughter & the Lion King" evening was?? Watching how excited and HAPPY my daughter was while she watched the performance. This wasn't her first Broadway, but the last one was when we saw Wicked in Chicago, but she was only 9 years old at the time. Watching her now at 13 was so different and so fun!! Which reminds me, there were A LOT of young kids at this performance. I totally get why, a musical based on a Disney cartoon. But it didn't end until 10:00pm and kids under the age of 5 were not so happy the last hour of the evening. I really think parents would have enjoyed spending the money on those tickets for their kids for a matinee...but me, I want my kids to be old enough to appreciate that I just spent that amount of money on tickets and I want them to be old enough to remember (which for me should be after the age of 7...but that's another story).

The COSTUMES were amazing!! The MUSIC was amazing!! I loved that they had characters walking up and down the isles so much. You could see the costumes up close (my daughter was right on the isle) and that was fun. The music that was added in, not that stuff you remember from the DVD, but the new music was so fun and amazing!! We are for sure downloading the Broadway version for sure!!

As far as characters go, I was a huge fan of Rafiki...she was unbelievable. Her singing voice was gorgeous and when she spoke it was fun to hear! 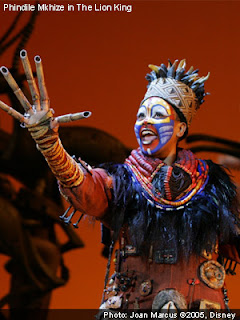 Timon & Pumba were great...after you got use to the green puppet-master they totally rocked their roles. 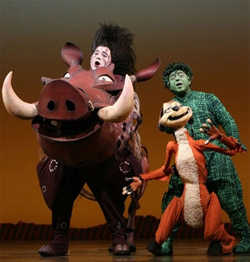 Lori, it was fun to read about your post and Lion King with your cute daughter! I am so glad you two loved it. Kevin and I went for our anniversary and we had GREAT seats (6 rows from stage on aisle too) and I was not sure if I would love it. Perhaps watched the movie one to many times. I was blown AWAY! Infact I felt almost emotional several times through show. My two favorite songs "Shadowland" by Nala and the one Simba sings to his father wondering where he is. It was so beautiful. So it was definitely one. The funny thing is I have had the Broadway CD of this for years and hardly ever listened to it now I listen to it all the time! :) Thanks for sharing your experience. Love Ya, Dana...